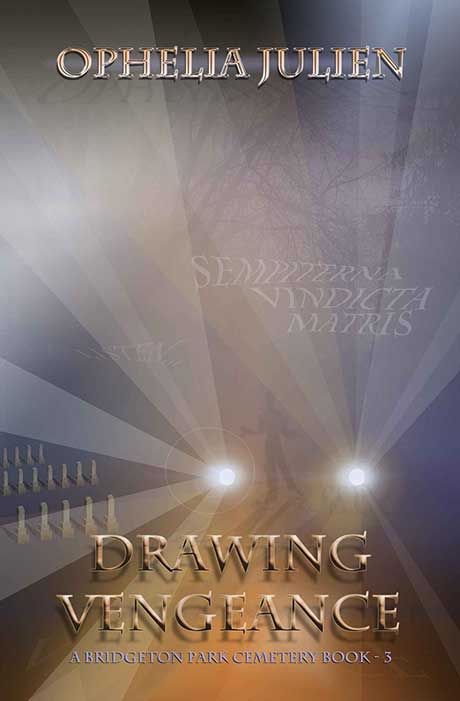 Back to Books
Drawing Vengeance - A Bridgeton Park Cemetery Book: #3

Like any other young couple, Cassie Valentine and Michael Penfield have some relationship issues to work through: insecurity, past loves, past losses. And then there's the dead people. But even as they are trying to figure out their relationship status, Cassie's godfather and their mutual boss, Steve Crawford, starts to make headway on finding the man he believes murdered his entire family when Steve was just a child.Cassie and Michael are inevitably brought into the ongoing investigation. Meanwhile, the sad spirit of a little boy, probably killed by the same murderer that Steve is pursuing, continues to haunt Cassie. And to make matters worse, Cassie begins to have progressing visions of a deadly hunt where she is the prey. Michael realizes to his chagrin that he can't help her: all they can do is hope that working with Steve and his law enforcement colleagues to find a murderer, might bring an end to the nightmare visions that take Cassie all the way to the gates of hell.