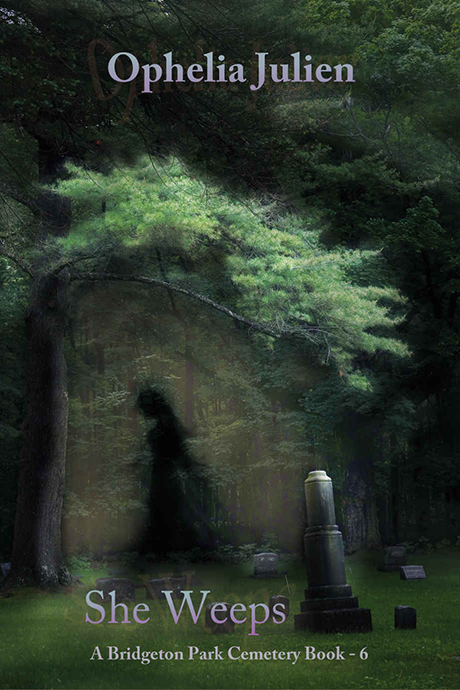 Back to Books
She Weeps - A Bridgeton Park Cemetery Book: #6

After a dangerous and horrifying confrontation with an evil, life-stealing spirit, Cassie Valentine is more than ready to leave behind all things paranormal. She swears off the Poet’s Corner ghost story nights and tells bewildered boyfriend Michael Penfield that she wants nothing more to do with their “dead drama.” But a chance encounter with Mark Hemmler and his friend Trudy Herrera, plus a new series of messages asking her for help, won’t allow Cassie to leave her supernatural abilities behind. Why does Trudy hear a woman weeping in her apartment? Why is she being followed by the spirits of two women? Why has Cassie picked up her own paranormal stalker? To answer any of these questions, Cassie must once again face up to her own abilities—regardless of her doubts and fears—and work with Michael to find the buried truth.